Donna’s Secretarial Service and her Client

Just wanted to share with you all, my experience with one of my Clients – a retired Federal Judge, here in Philadelphia, PA.  I won’t name-drop; (but I just called him Judge whenever I would visit his Condominium in Elkins Parks, PA to pick up and drop off work.

A little about Judge -he was a Federal Judge and served on the U.S. Court of Appeals, for the 3rd Circuit Court from 1969 to 1987.  During many decades as a respected federal appellate judge, litigator, and, at times, political operative, Judge was frequently in close contact with state and national leaders. Three presidents considered nominating him for a seat on the U.S. Supreme Court.  For a time in the late 1960s, Judge was a political ally of President Richard M. Nixon, who put him on a short list for the Supreme Court, a seat that eventually went to now-retired Chief Justice William H. Rehnquist.

He also was close to former Pennsylvania Gov. William W. Scranton, and to Walter H. Annenberg, a friend and political supporter of President Ronald Reagan.

“He was a treasure, he really was,” said Gaetan Alfano, the incoming chancellor of the Philadelphia Bar Association. “Anyone who has read his opinions knows that he is intellectually honest. The scholarship that went into his opinions was extraordinary, and nothing about his work was results-oriented.”

As a lawyer and a judge throughout much of the 20th century, Judge had a front-row seat to much of modern American history.

In the 1980s, Judge helped run an investigation of the U.S. Department of Housing and Urban Development under Reagan that resulted in 17 convictions, more than $2 million in fines, and a finding that the department was riddled with corruption.

“I’ve had all the advantages,” he said when he retired from the Center City law firm of Schnader Harrison Segal & Lewis in 2012.

Judge’s colleagues described him as unusually selfless, putting the interests of others at the firm before his own.

“He was the least egocentric person you have ever met; he was gracious to everyone,” said Ralph Wellington, a litigator at Schnader Harrison and former chairman of the firm.

He also was a man of simple tastes.

“This simplicity is the very essence of who Judge is,” said Schnader appellate lawyer Nancy Winkelman in remarks at an unveiling of Judge’s portrait at the firm. “When you travel with him for cases, as I have had the opportunity to do, he stays in the most modest of hotels, and prefers to dine on a bowl of soup in his hotel room, while opposing counsel are enjoying a five-star meal at the fanciest hotel in town.”

He came of age during the Depression and at age 16 worked a $5-a-week job to help support his family. He earned his undergraduate degree from Temple University and his law degree from the University of Pennsylvania, where he served as editor-in-chief of the law review. He joined Schnader Harrison in 1947, then became close with Scranton and served for a time as Scranton’s secretary of public welfare before joining the court.

His career benefited from his reputation for legal discernment, but also from the assistance of powerful politicians who came to rely on him for advice.

Nixon asked him to manage his 1967 presidential campaign in Pennsylvania after the two were introduced at a luncheon in Delaware. He agreed, partly at the urging of law firm founder William Schnader, and after Nixon took office Judge was nominated to a seat on the Third Circuit bench.

During his time on the appellate court, Judge came close on three occasions to being nominated to the Supreme Court. Rehnquist got the nod on the first occasion after word leaked out that Nixon was thinking of nominating Judge  The Republican Party’s conservative wing, which was just gaining force, mobilized against Judge, whose affiliation with the relatively liberal Scranton had worked against him.

He also was one of two finalists for a seat on the court during the Ford administration. Scranton had pushed for his nomination. But John Paul Stevens, with strong backing in the Senate, was nominated.

On the third occasion, Annenberg, a former publisher of The Inquirer, wrote to Reagan asking that he name Judge, but the seat went to Anthony M. Kennedy.

In a 2012 interview, a retired Judge spoke critically of the political and ideological battles that enveloped the selection of judges on the state and national levels.  And he said law firms had focused too much attention on earning fees and not enough on the ideals of the profession.

But he said he had faith in the judgment of average Americans.

“The normal state of the majority of citizens, especially in a place as blessed as this country, is to do the right thing,” he said.

Judge passed away at age 95 in his home in Elkins Park, PA on December 22.  He is survived by wife Neysa of 73 years, daughters Carol Kirshner, Judith, and Jane; four grandchildren; and one great-grandchild.

A memorial service will be at 2 p.m. Friday, Jan. 15, at Reform Congregation Keneseth Israel, 8339 Old York Rd., Elkins Park. Burial will be private.

I have given you this glimpse into this prominent man’s life, not to brag about him being my Client or his Earthly accomplishments; but to tell you a personal side of my relationship with Judge.

You see, as a Christian businesswoman, I believe in the God of Abraham, Isaac, and Jacob and the whole Bible and that every Client and every Earthly and material thing I own, comes from God.  I am an evangelical and grateful Christian woman, who believes in sharing my faith with unbelievers as I did with this Jewish prominent Judge several times before his death.  I won’t tell you the outcome of my sharing of the Word of God with him; whether Judge accepted Jesus, who is and was the Messiah, because that is between the Judge and God and Not me; but I tell this story to show that whether you are an Entrepreneur, a Teacher, a Police Officer or a Stay-at-home Mom, that it is important, as a Christian,  to “meet people where they are” and to share your precious faith in God and Jesus with the World in where God places YOU!  I will never possibly see Judge again alive; but I did my job, both in an Earthly sense and a Spiritual sense; and that is All God requires of us.

I wish ALL my readers a Happy, Godly, Prosperous and Safe 2016.

To God be the Glory. 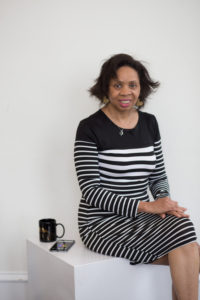